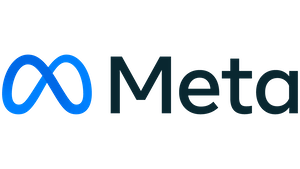 How and why the name was changed?

4 years after the beginning of the third millennium, “The facebook” saw the light of day, which today cannot be overcome or avoided. While before you could search for information and buy things on the Internet, there was no such socialization as it is today. Ok, Orkut existed at some point (2004-2014. Owned by Google), but Facebook killed it off. The numbers speak for themselves. About 2.85 billion daily users visit Facebook today. So why the new name and what Facebook Meta changes await us by 2032? In short – the name Facebook will no longer represent for some time what it is mainly engaged in, i.e. the development of technologies. The word Meta, comes from the Greek word, meaning “beyond”. Mark Zuckenberg believes that there is always something to invent, an opportunity to reach further, to new heights. The logo represents infinity.

If you can’t beat them, join them!

Over time, several competitors have therefore been purchased, such as Instagram (2012) and WhatsApp (2014) and the last, but perhaps most important, Oculus (2014). Going deeper, software development has been one of the side branches for a long time. Since 2007, Facebook launched a platform for software developers (Facebook Developer), providing a framework for them to continuously create new applications that interact with Facebook’s core functions. Since 2009, companies have been able to create pages on FB to advertise their business. Today, Meta already spends more than 150 million to train people to create new, unimaginable applications.

To understand which “pills” the young Zuckerberg has consumed for these ideas, you have to prepare for a proper trip. Are you’re ready? I hope you’ve chosen the right color pillt for you. In any case, it seems that there is no going back. The Meta is coming.

I happened to watch thee good old “The Matrix” movies, and to my great surprise, even an alarming recognition, I was horrified by the very same shot from the 1999 movie where Morpheus introduces Neo to the Matrix. A virtual space (The Construct) where you can create any object and its simulation and use it in that space. Fiction! It turns out that soon it won’t be so unthinkable anymore. The biggest changes await us in virtual reality spaces in improving the experience of the physical world.

Facebook believes that the metaverse will become the biggest opportunity for modern business since the Internet. Currently, some examples of the future platform can be found on the Internet, and in the short term, future users will be able to experience the metaverse through 2D apps. This means that it is crucial to stick with the skills that you still use today to promote your business on Facebook, Instagram, Messenger or WhatsApp. They are not going away.

In the future, 2D products will become 3D products. And you can buy them for your “avatar”. For example, you can go to the next annual report meeting as a rhinoceros or an elephant. Psst. When you enter the virtual room, be careful not to hit the boss with the stick. Weird maybe just to yourself.

In other words, an ecosystem with a new name (Horizon) will be created for things, objects, services that can be used by users, creators, developers there. Yes, buy virtual Gucci clothes for your avatar with your salary! We are moving there. You put on VR glasses at home, but you party with other friends somewhere in a virtual space, in Bali, in a New York night club or wherever. Probably when you can buy the ticket.

You can joke about it, but the goal of Meta is to create systems, software, as well as other technology, so that a realistic presence in a virtual space feels real. One example of this is the collaboration with RayBan – to develop glasses that could fit a supercomputer. Probably significantly more powerful than Google Glasses were. Together with smart sensors, it would primarily read your face and facial expressions. If you have bought yourself an elephant avatar for a meeting, everyone will know how an elephant really smiles. Or they try to read information from, say, hand muscles with sensors and then interpret it in a virtual environment. This is the goal of Meta, to develop new technologies that have not been seen before.

Thanks to VR and AR (augmented reality) glasses, you no longer need a computer, mouse, or keyboard. They are now virtual, in front of you, usable just like real physical things. You can type and move the mouse or grab a pen from the table and write at the same time. Or you train at home, but with a virtual trainer. It stands here, communicates with you, guides you. It creates new images instead. This is also being worked on, believe me, it is.

Usually, the regulations seem to play hawk with the developments of new technologies. Privacy rules arrive too late, etc. However, developers cannot or rather do not want to wait behind such protracted decisions. The meta is already working on this to build the ruleset from scratch, not when it’s finished. For this to work, they also have their own points that are monitored according to the “principles of responsible innovation” (ARIA):

Metaverse is a new chapter in the internet. Meta is a company that builds technology to connect people, no longer just a social media platform called Facebook. A new universe, after the Internet. A universe that allows the user to share presence. If you are in Paris and see something awesome, you can “take” your friend there too, and AR/VR can create for that person the exact environment you are in. The possibilities are certainly still unimaginable to many. Fortunately, 5-10 years have been given to adapt to the matter.

Continuing to develop existing platforms, saying that they will always be important. But the current brand is so strongly defined by only one product (Facebook) and it doesn’t seem to include what is being done today (developing technologies for the metaverse) let alone in the future.

Therefore, it is hoped that in the future Facebook will be seen as one company among others in the metaverse. Apps and brands will not change, it will remain a separate part of the company with a new name. As the second part, the technology is developed and the new brand name is Meta. Gradually, the products come out with a new brand so that it becomes established in people, but also to understand what they are doing it for – the mission is still to connect people through social apps, but now also to create technology and developments for the new metaverse.

I’m on social media every day, but if it confused you too, don’t worry, there’s still time to get used to it. So, since Facebook and its functions are not going away, it’s a good idea to do an audit of your social media channels, isn’t it?

Source: https://www.youtube.com/watch?v=Uvufun6xer8
Article referenced from the video presented at Facebook Connect 2021 – Yes, I watched this almost 1.5h conference from end to end so you don’t have to. You’re welcome!